Are your clients less motivated then you would like them to be? Stop telling them to train their dogs, and start telling them to play. It is often much easier to get them to be consistent when they are having fun. Are you feeling a little bored with your own dog’s training? Stop training, and start playing!

According to Dr. Pamela Reid, author of Excelerated Learning, play is a powerful way of altering a dog’s emotional state (personal communcation). Almost all of us desire a dog that is fun, affectionate, and playful. Play is the ticket to a happy dog and more fun in your own life. Many behavior problems can be rapidly resolved using play-training, and clients can get faster results. A win/win situation! 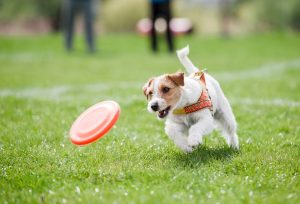 There are several reasons why play is a powerful way to teach your dog behaviors. When rewarding a dog with play, you can make the reward last as long as you want. This is a tremendous advantage. The dog doesn’t get full! Maybe tired, but not full.

Rewarding with play can make training self–control quick and easy. While playing with your dog, you can stop all movement and cue the dog to sit. After the dog sits, you can give the release cue and ask the dog to play again. This is a great way to practice sit, and teach the dog self-control at the same time. Politely sitting and holding that position gets the game started again.

A dog that knows how to play can usually be more easily counter-conditioned to ignore stimuli that she is fearful of. Play can be a very valuable tool in teaching a dog substitute behaviors: rather than barking and lunging at the other dog, you instead give me eye contact, and then I click and we play.

Playing rather than training is an easy sell, both the dog and the client have fun. Playing is often more reinforcing to clients than simply dispensing a cookie for a behavior. I admit this isn’t scientific, but our clients that play with their dogs report an increase in fun and bonding with their dogs.

Use common sense, if the client’s dog is fearful or in any way presents aggressive then do not attempt playing with the dog. Fear is the bases for most aggression, so playing with a fearful dog is very effective in terms of modifying the fear, but is an advanced training skill. If you are not experienced working with fearful or aggressive dogs then you will want to pass on play training.

Clients rely on us to assess their dogs. I recommend only playing with dogs that you know well otherwise modifying all games for safety.

Not all the ideas for games I present may be recommended for all dogs or owners. All games should be on cue, so that the owner can clearly signal the start and end of the game. Do not play a game or recommend that clients play a game, if both the dog and persons will not be safe.

If the Dog Won’t Play

Assess why the dog does not play. There are three common reasons why a dog will not play. In some cases, the dog did not learn how to play as a puppy. Puppy mill dogs, pet store dogs, abused, and neglected dogs may never have learned to play, which is tremendously sad. Depending on the genetic makeup of the dog, on the dog’s resilience, and on the perseverance of the owner, it can take months but it will be worth all the effort. If the dog takes food, then simply pairing food with targeting a toy is a great start. From there you can shape the dog to pick up the toy, hold it, carry it, shake it, “kill” it, and so on. 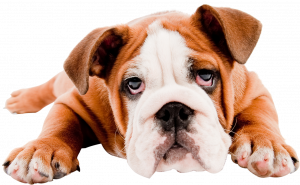 The second reason can be that the owner doesn’t know how to play. This is also challenging, but usually fixable. Begin with helping the client to relax and get in a silly mood. Making jokes and kidding around can help loosen clients up. Read the person and adjust to what they need you to be, so you can help them get where they need to be. Observe your client as much as you observe the dog you are training. Once you have created a window of opportunity, expose the client to some fun games that can be played with the dog. Show the practicality of the games so the client can be sold on how fast play-training works and how powerful it is.

Often the easiest problem to fix is when the dog has just never been asked to play. I recently worked with a client who insisted her dog would not tug. Within literally seconds I had the dog tugging. The dog was very tug motivated but the owner had never been shown how to play tug with a dog. All her attempts at shoving the toy at the dog, or limply dangling it in front of the dog, got her a big yawn. My attitude was silly and my face one big smile, and within minutes the dog was a permanent member of Tuggers Anonymous.

If the Client Won’t Play

Just as we shape dog behavior, it is important to shape client behavior. If the client isn’t very fun in how she is playing, find the good things about their attempts at play, and reward them. Build the playing behavior just like you build a behavior chain in a dog.

If the client is resistant to play with the dog, model playful behavior: grab a toy, play with the dog, and then demonstrate how willing the dog is to work for you. Explain that this is the power of play and it is an ideal way to establish a reinforcement history very rapidly. 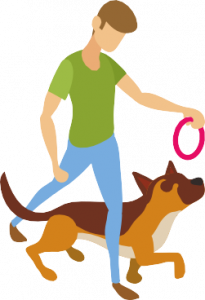 Just as we shape dog behavior, it is important to shape client behavior.

One of our trainers recently worked with a retriever that had been forcefully trained by the previous dog trainer the client had hired and fired. The client noted that the dog would not come to the previous trainer when she called him to her. Our trainer had the dog begging her to give her a cue within minutes. Simply by playing with the dog. Showing the dog that an offered behavior will be reinforced with play. With those kinds of results, it was easy to sell the client on click and play training.

Tug! Tug is my all-time favorite play training game. For anyone who has not read Jean Donaldson’s great book the Culture Clash, it has been scientifically proven that tug does not cause aggression (Borchelt, et al.). If a dog with a stable temperament and growls while playing tug, that is usually a play growl. Make your own play growl noises and join in on the fun! Obviously be careful with dogs that have resource guarding issues.

When you play tug it is ideal to move backwards so the dog is moving into you most of the time. There are a couple of reasons for this. Moving backwards makes the tug toy a little harder to get which can be a fun challenge to the dog, and it keeps the dog moving toward you, which is generally a good idea. Think of the recall.

Tease and entice by backing up, but always making it possible for her to grab the toy.

Once the dog grabs hold of the toy, resist the temptation to shove the toy into the dog’s mouth to try to get her to grab harder or intensify the play. Instead tease and entice by backing up but always making it possible for her to grab the toy.

Clearly it is not a good idea to have an elderly lady tug with her Irish Wolfhound, or to pull teeth out of a puppy’s mouth when he is too young to have such pressure on his mouth, but aside from these few exceptions, tug is a great game that can help you help clients attain their training goals. 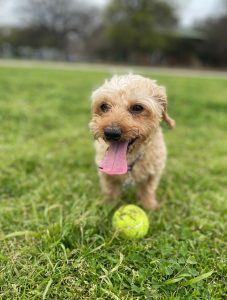 Fetch! Playing fetch is a great way to keep dogs fit and to keep adolescent dogs out of trouble. Twenty minutes of fetch a day can sometimes make the difference between being euthanized at animal control or staying in a home. Almost all breeds require daily exercise. Teaching your clients to teach their dogs to fetch cannot only help save lives, it can tremendously improve the quality of the dog’s life. Play fetch for life!

Find it! “Find it” is a great mind activating game for a rainy day. If a client is less mobile it is a fun way for the client to play with their dog. “Find it” can be played by both toy and food motivated dogs quickly and easily. If the dog really enjoys the game, it can be used to reward desired behaviors. Find out what the dog likes and then use it to play. Be a fun detective!

So, you have your clients tugging, fetching, and hiding. Now what? Use these games to train. Pair the new games with your clicker. Tugging is an excellent reward for coming when called. Start at a short distance, have the owner hide the toy (no prompting please), call come, and then click and play! Any part of the dog’s recall can be clicked: the first step, the half way mark, or the last part. Just choose one part of the recall and click it and reward with tug. As the dog catches on to the game, increase the distance of the recall. Watch the dogs recall at light speed! Wear shin guards, and keep the business cards of a good chiropractor handy. 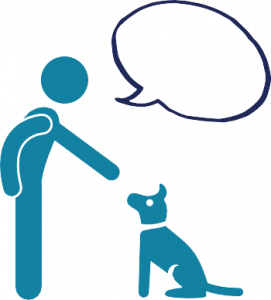 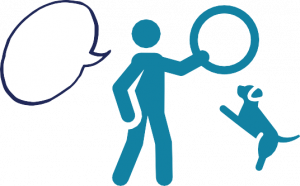 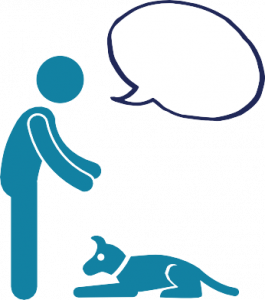 These recommendations for “games” should be administered only to sound dogs; not those with even a hint of instability. Certainly any dog with an unknown background, or one with problems with reactivity, aggression, lack of confidence, etc. should be treated with extreme caution. 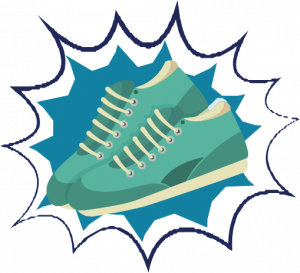 Raspberries. With or without skin contact. Zoomie loves it if you blow a raspberry on his face. No matter where I am I can always make a raspberry even without making skin contact and therefore reward him or elicit a playful mood. Sit! Down! Release, raspberry!

My Min Pin Turbo, a rescue, loves shoelaces. Lucky me, I am usually wearing shoelaces so I have a toy no matter where I go. Turbo is also obsessed with hair scrunchies, and tugs on them like a crazy fiend, so that is another one that is handy. When I got Turbo, who was dumped for barking too much and being too hyper—the precise job description of a Min Pin—he would not play. 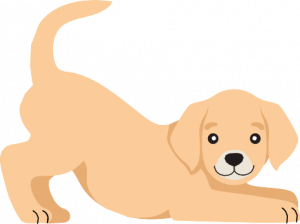 One of my favorite games is simply shoving and grabbing at my dogs. Many dogs with a good opposition reflex (or balancing reflex) really love this game. The truth is dogs, friends, and clients invent new games every day. Join us!

A version of this article was originally published in the APDT Chronicle of the Dog.