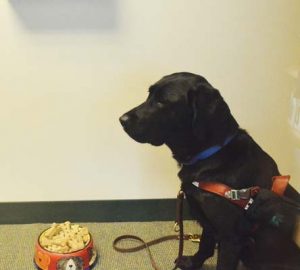 A few days ago, I heard a story on the radio about police dogs and their handlers. The reporter was talking to a retired police dog handler who now trains dogs and works as an expert witness. What he said was disturbing for anyone who gets stopped by a police officer-and-dog team, but, to anyone with dog training experience, sounds plausible.

What he was talking about was how common it is for the K9 handlers to miscue their dogs.

Sometimes it is conscious and intentional; the officer wants to do a search so he claims that the dog alerted. That gives him probable cause so the search is legal. That’s the idea, anyhow. This reporter said that “cops even joke about dogs being probable cause on four legs.” The trainer backs this up.

Sometimes, he says, the miscuing is unintentional — subconscious. The officer believes that there will be something to find, and he unconsciously signals this to the dog. A study done at the University of California, Davis, in 2011 tested teams on searchers where there was no contraband. The study was actually looking at the handlers’ behavior. Dogs are so attuned to their handlers — and often so eager to do what they think the person wants them to do — that they’ll signal. And the researchers found that, over and over, handlers led their dogs to alert to … nothing.