ALL PROCEEDS TO GO TO SEMINOLE HEIGHTS DOG PARK! 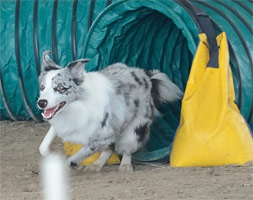 One of the activities I have missed the most since my move from Cookeville is attending the softball games at TTU. The days of sitting in the sun with one of my dogs at my feet, surrounded by friends, many who also brought their dogs, is a good memory. So this past weekend I was thrilled to be able to attend the 2013 USF/Under Armour Invitational and Showcase in Clearwater, FL and watch the Golden Eagles Softball Women play. I also enjoyed conversation with several of the wonderful softball team supporters from Cookeville who made their way to FL.

As my husband, Jim, and I sat watching the game, we began to muse over what a game would look like if dogs were players (dogs are never far from our minds, not even when we are enjoying other activities). We decided our view of the game with a canine twist might bring a smile to some readers. I used the AKC Breed Description Index as a reference for breed descriptions (www.akc.org/breeds). Legal Disclaimer: all representations are purely fictional and any likeness to any team member is purely coincidental.

Which breeds would be placed in various positions of the team? Let’s start with the pitcher. The movements are focused, very still and watchful, followed by fast movement with grace and speed. Only a Sighthound could fill that spot, so we nominate a Scottish Deerhound as pitcher. The catcher: what better breed to fill that role than one which is rock solid and steady such as the low-to-the-ground English Bulldog who is described as “ferocious and courageous, almost insensitive to pain.” Catching those 80 mph pitches and cleats-first slides into home plate must require at least a little pain tolerance.

The shortstop position will be filled by a Border Collie (aka “the Fun Police”), who “thrives when they have a job to do and space to run.” First and second bases will be filled by terriers. It was more than evident the first base position should be held by a Jack Russell Terrier. Why? “Strong, hardy, earth-working, strong voice, fearless nature.” Second base will be covered by the Cairn Terrier, bred to aid the owners in “ridding the area of pests” (since the second base player helps end those darn double plays). Third base will be covered by the Labrador Retriever, bred as an “efficient retriever of game,” since so many hits go down that line. Labs retrieving balls is a given!

The unsung heroes of the softball game may be the outfielders. They must be fast and able to make quick throws into the infield, so my breed choice for these positions is the Australian Shepherd. Aussies are known as “animated, agile, with strong herding and guarding instincts.” Watching the outfielders going after a flyball yelling “I’ve got it!” and “Mine! Mine! Mine!”, well, Aussies will be naturals.